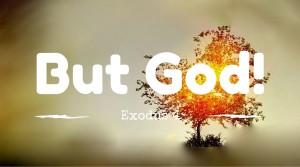 In Exodus 3 Moses had an encounter with God that set the stage for the rest of Exodus. God revealed Himself as the great rescuer of Israel, and Moses as the vessel He would accomplish it through. But, instead of rejoicing over this incredible opportunity to be used by God, Moses started making excuses of why he could not.

Moses’ first excuse went as follows, “But behold, they will not believe me…” Then instead of God using mere words to convince Moses, God answered with action by turning his staff into a snake, giving him leprosy for a moment, and then promising to turn the Nile river into blood.

This was God’s way of saying (louder than words), “Stop making excuses Moses, I got this!”

But instead of trusting God and moving forward, Moses continued to make excuses. “Oh, my Lord, I am not eloquent… but slow of speech and of tongue.”  Really? Slow of tongue? Moses was standing in the presence of God who was speaking to him from a burning bush, and he was worried he might stutter before Pharaoh and blow the whole rescue mission of God!

So again, God graciously responded to Moses, “Who has made man’s mouth? Who makes him mute, or deaf, or seeing, or blind? Is it not I, the Lord? Now therefore go, and I will be with your mouth and teach you what you shall speak.”

Finally, Moses agrees to go on behalf of God, but only after God offers to use his brother Aaron as his mouthpiece before Israel and Pharaoh. So here we see Moses, God’s great rescuer, who needs rescuing just as much as the people he is going to free.

But before we get too frustrated with Moses, are we really any different from him? Has not the same God who spoke to Moses also spoken to us? Has God not called us into an even greater rescue mission than the Exodus, the rescue mission of telling others the good news of Jesus Christ? Has God not also done His marvelous sign of salvation in our lives, and in response we have lacked the faith to walk forward in His mission?

The truth is, excuses ultimately come from assuming God’s mission is ours to fulfill, when in reality, it’s not and has never been. God is the one who accomplishes His own mission, and we are merely the vessels He works through in doing so. So stop making excuses for all the ways you can’t, and start walking forward so God can show you all the ways He can. 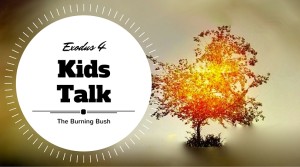