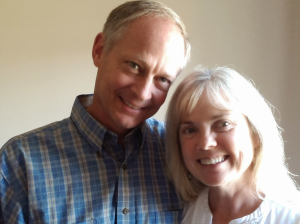 Feeling like you’re broke is no fun.  You wake up and start the oatmeal.  Again. Because it’s good for you, it fills the kid’s tummies, and it’s cheap.   Way cheaper than cold cereal.  This was life for us when we had a young family and we were starting a business.  Steve was a general contractor and we had built a house on speculation. The realtor, the insurance company, and the bank all stood to make a good buck, but we were watching our profits fly out the window with every day that passed.  I tried to face this challenge by coming up with creative ways to feed the family, dress the kids, and pay the bills.  We made everything at home that we could, from baby wipes to birthday gifts.  It was depressing for my hard-working, entrepreneurial husband and both of us spent a good while seeking God’s wisdom and guidance.  We learned so much and God did supply our needs in amazing ways.

After several months we felt that we needed to do something radical.  We put our own home for sale.  I didn’t want to.  I was very content.  We had family nearby, great neighbors, and a lovingly supportive church family.  So we priced the house high, and continued to pray that the “other” house would sell.   A few weeks went by, and a the call came from the realtor.  We had an offer on the “spec” home!  Wow!  I thought God was just testing me to see if I was willing to move and I passed the test.  But then the next day, another call came.  We also had a full price offer on our own home.  Yikes!  I remember hanging up the phone, and putting my head down on the kitchen counter top and saying, “What now, God?”  And immediately a voice inside my head said, “Go to the land I will show you.”  I actually turned around to see who was talking!  It was a direct command and we weren’t going to ignore it.

We decided to accept the offer on the sale of our home contingent on our being able to find a piece of property to build a new one.  After all, Steve was a general contractor. And we started looking.  You see, I got the “go” part, but hadn’t quite grasped the “I will show you” part.  We searched for a month in the area that we thought was appropriate, but we were coming up empty.  Then, at the real estate closing for the house we built to sell, Steve was telling our realtor that we hadn’t been able to find the right piece of property.  The other realtor, the one who had supplied the buyer, asked us to describe what we were hoping to find.  As Steve was telling him, he said, “I know just where that is!”  And he was right!  We drove out to the land for sale and it was just exactly what we were looking for, BUT, it meant leaving our community, our family, our close friends, and our great neighbors.  We had a choice to make:  stay put or go.  We went.

When Kory decided to deliver a message on Genesis 12, I was all ears.  I had never heard a message on this passage of Scripture that meant so much to me.  God tells Abraham that he should go, and he will be blessed, so that he will be a blessing.  As I look back on that time in our lives and see different ways that God used us, I am humbled.  One thing we were asked to do was to begin an Awana program for our new church family.  Awana is a boys and girls club that emphasizes evangelism through scripture memory and competition.   Both Steve and I grew up through the program, then were leaders, then directors.  We were privileged to work with a great group of dedicated people and help train them in how to “do” Awana.  We had a mid-week ministry to over 400 children and it was awesome.  It was awesome because our God is awesome, and He uses those who don’t see the big picture, as long as they are willing to “Go.”