A Letter from Nicaragua 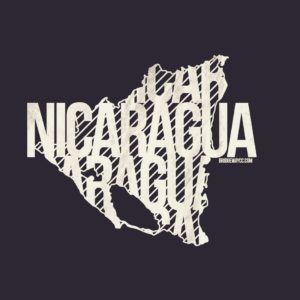 Since April, Nicaragua has been in a state of political unrest. The death toll has risen to over 100, and things are only getting worse. After much prayer and with heavy hearts, the leadership at Hardin Baptist decided to cancel our high school and college missions trips to Nicaragua this summer.

Knowing that many people in Nicaragua depend on the revenue our trips generate, we committed to pay the organization and all the workers in Nicaragua the full amount they were set to profit by our coming. We didn’t want any person in Nicaragua negatively impacted by our absence.

Below is a letter from one of the translators in Nicaragua, who got his two-week paycheck, even though he did no translating for us. We have removed the translator’s name for security reasons, but hope his words bless your heart and prompt you to pray for Nicaragua.

It’s been a decade since I first met some of y’all.

For the last ten years, I have seen how members —who came from Hardin Baptist Church—have been a true blessing for people in Nicaragua, both spiritually and economically. At times that blessing radiated from caring hearts that were not afraid to step out of their comfort zone to serve, and other times the blessing came from working hands that accomplished a huge change in the life of many, but it always came from servant souls who were more than willing to display the name of Jesus Christ as their only motto.

For the last ten years, I’ve been witnessing the power of God’s grace and love through people who walk in the freedom of the Spirit. Surely you know this: you might live in the Land of Freedom, but as a matter of fact, your love and care show that you live in Him, who is our Everlasting Freedom.

It’s been a decade in which The LORD has granted me the opportunity to observe the impact of those blessings while serving as an interpreter. I have seen people being the hands and the heart of the LORD, providing hope for others in the form of food bags and intimate conversations revolving around the Gospel.

Never would I have ever thought that such provision was going to be addressed to me and my family.

As you know, Nicaragua has not been the same for the last couple of months, making it difficult to provide for one’s family. Nevertheless, last Saturday, I received an invitation to pick something up from Hardin Baptist Church. I was speechless. I received an envelope with financial support. My hand was shaking. My soul was overwhelmed.

There are no words that could describe how thankful I am for such an outstanding gift. It has made a radical change through this situation.

My heartfelt appreciation to all of you and, of course, God, who placed in you to will and to work, for His good pleasure. To Him be the glory and to y’all His infinite blessings in Christ.