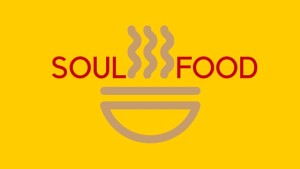 If you ask a friend to meet you for lunch, you’re not inviting them to consume calories with you so you both can survive. Instead, you’re inviting them to share a moment of life together. In this way, meals are much more than food; meals are about the deep things of life that matter most.

When it came to the Exodus, God wanted His people to remember it by sharing a meal together. This meal was known as the Passover. For generation after generation, this meal was not just a time for eating, it was a time for remembering. As they ate and drank, they would reflect back and tell their kids that long ago God redeemed their forefathers through the blood of a lamb.

In the New Testament, Matthew records Jesus eating this Passover meal with His friends just hours before His own arrest and execution (Matthew 26). This meal that was intended to look back, but Jesus spun it around and pointed it forward.

He did so by lifting the bread and saying, “…this is my body…,” and then the cup, “…this is my blood.” In other words, this meal is no longer about a lamb that was slain in the past, but one who will be slain in the near future. And this Lamb, Jesus Christ Himself, would not be slain to rescue God’s people from Egypt, or from Rome; He would be slain to rescue them from themselves.

For their biggest problem was never slavery under an empire, it was always slavery under their own sin. So on the cross, Jesus, the sinless Lamb of God, paid their penalty of death before God so that their sin could be forgiven and removed before Him. And Jesus didn’t just do that for them, He also did that for you.

And for this reason, as a church we continually remember the Lord’s death and defeat of our sin by sharing a meal together. Not the meal of the Passover, but the Lord’s Supper that has replaced it.

So Sunday, we gathered to do something great. We gathered to share a meal. But not just any meal, the Lord’s Supper. And in eating the bread and drinking from the cup, we remembered our great rescue from sin, and Jesus’ promise that He will not eat this meal again until the day He eats it new with us, in His Father’s Kingdom. And oh what a feast that will be!