The Pyle’s Journey on Route 66 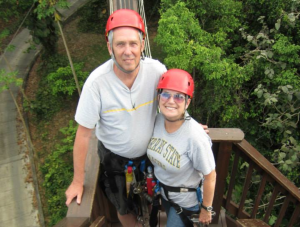 People said we couldn’t do it.  We could not cover all 66 books of the Bible in 66 weeks.  Not only were we able to accomplish this, it was done in a most wonderful and enlightening way.

We were reminded, once again, what an awesome God we serve.  He is unchanging and wants to be the constant in our lives.  While the winds of change buffet us and try to blow us off course, we can know that God is there as our anchor.

We saw that consistency of God as we traveled Route 66 from Genesis to Malachi, then from Matthew to Revelation.  God had a plan for mankind from the creation of the world.  That plan has never changed.  From an individual perspective, we saw that God knew us even before we were born; He knows the number of hairs on our head.  Does this not demonstrate His desire to have a personal relationship with us?  He knows us so intimately and invites us to know Him as well.

We saw in the early books of the Old Testament how God promised His chosen people, the Israelites, that He would be their guidance and protection.  They were to respond to Him by worshipping Him only.  As God fulfilled His promise to them, the Israelites looked around at the rest of the world and were enamored by what they observed.  Interestingly, the Israelites saw what they wanted to see and ignored the much greater things God was attempting to work in their lives.  Do we not sometimes think as we read these accounts how blind these people were?

The failure of God’s people to follow Him led to their sins against Him.  God provided a means of cleansing of sin – a blood sacrifice.  The blood of an animal without blemish could be offered as a propitiation.

As history of mankind unfolded and His chosen people continued to revolt against Him, the constancy of God is revealed as the lineage of the ultimate blood sacrifice is traced.  The Israelite people are advised of this momentous event through God’s prophets to the people.

Then the climactic moment in all of history occurred.  The Son of God, the Messiah, the King of Kings, the Redeemer, the Savior was born.  Just as the God of the Israelites did not meet the expectations of His people, Jesus faced criticism.  The “Chosen One” was expected to elevate the Israelite people to a prominent position in the landscape of the world.  Instead, Jesus came across as meek, unassertive, and spoke of God’s kingdom.  The Israelites saw what they wanted to see and ignored the love of God exemplified in His Son, Jesus Christ.  Do we not sometimes think as we read these accounts how blind these people were?

Listening to the recounting of the history of the world through the Bible, following the thread of Christ, we heard through the scriptures so many words of encouragement.  God’s love for us cannot be doubted.  His desire for us to live a victorious life is evidenced by His extreme mercy and grace.  His offer to forgive our sins (even as base as they may be) is beyond remarkable.

We may find ourselves like the Israelites, influenced by the things of the world.  Even with the anchor of the Holy Spirit to stabilize our lives in Christ, we can find ourselves flapping about and being blown off course.  We might even feel that the cross is too heavy to bear.  Why does God not intervene and order a just world?

We know the answer, don’t we?  From the foundation of the world, God has had a plan.  From the moment of the creation, He was and is in total control.  And throughout history God has asked His people to wait on Him, to live in expectation of His total glory to be revealed.

Do we ever stop and reflect how blind we can be?

The Route 66 series was an opportunity to reflect on a loving God who desires a life of abundance for everyone.  An abundant life is only possible through a personal relationship with God the Father through His Son Jesus Christ.   This is only the beginning.  God’s desire is that the Holy Spirit direct lives in a way that His love is demonstrated to a world that does not know Him.

God was glorified through this extended series of sermons.  I pray that the church and the community will be positively influenced by His inspired words.  In fact, the sphere of influence can extend throughout the world as our outreach teams go to Arizona, Nicaragua, Brazil, and other parts of the world.   No doubt, members invited visiting friends from other areas to one or more of the sermons in the series.  After one of our friends heard the 67th sermon, a recap of the Old Testament, she asked how to get online and hear the New Testament summary.

Can I just say this?  I was truly blessed by this overview of the Bible, one book a week.