When hope met hopeless (the story of La Panama) 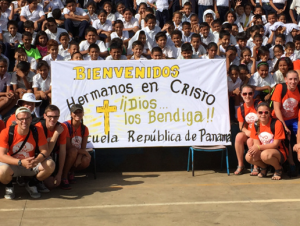 It would be impossible to take you to the empty classrooms or the hopeless sidewalks I once walked in 2008, because they no longer exist. The classrooms and sidewalks are still there, but the hopelessness is not. Let me welcome you to La Panama, a school in San Judas, Nicaragua, once held captive by Satan, now standing with Jesus as their King.

I have had a relationship with her for the past eight years, and now I want to tell her story. God in His sovereign plan sent a youth group from Hardin, Kentucky to her in 2008, and this is where the story begins. She was a complete wreck when I first met her. Her walls were covered in graffiti, her offices were junk, and her classrooms were only half filled with children, some not filled at all. A school built to hold 900 had now dwindled to less than 300, most of whom were seeking to leave as well.

Not knowing what the years ahead would hold, our team painted some walls, cleaned the offices, and began teaching the Gospel throughout each classroom. The kids were unresponsive, sad, and well, hopeless. We left that week with heavy hearts, praying God would send us back to this school that had captured a part of us.

Prayers were answered and God sent us back the next year, and the next, and the next!  This year marked our 8th year working at La Panama, and oh how she has changed. By the mercy of God, we have been able to do the following:

I told you I could not show you those hopeless sidewalks anymore, because they have been replaced. Not merely with new concrete, but with new children. Children who have something that is both heard and felt that moment you pull in; hope and love. Their frowns have been replaced with smiles and laughter, because they know God loves them and so do we. Parents are no longer pulling their kids from La Panama, but rather transferring their kids so they can be at La Panama!

And if you talk to her director or teachers and ask them what has caused this great change, they won’t say water, electricity, computers, or a security wall, but rather they will tell you plain and simple it is the WORD of GOD. They see their school as being held in the very hands of Jesus, and they see the changes around them coming from Him and through Him.

You see, the story of La Panama is not about a church in America making her bricks and mortar better, but rather the Sovereign God of the universe giving her hope through the preaching of the Gospel. And now, in God’s infinite plan, the previous director of La Panama has been relocated to a new school, which we took as sign from God to add one more school to our list of must-stops in Nicaragua! 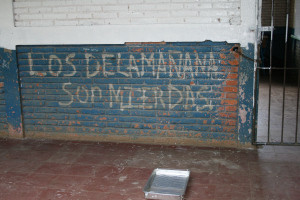 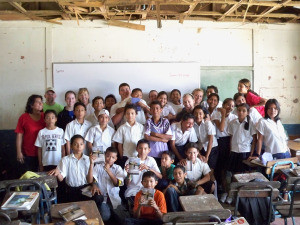 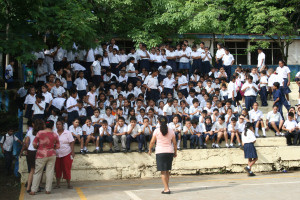