And the Rock was Christ 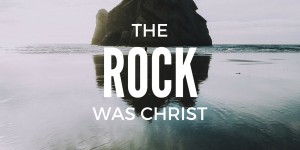 If you have been following the story of the Exodus so far, you know that God is good and Israel is grumpy. Chapter 17 is no different. Here, we find the Israelites complaining for a third time about being either hungry or thirsty and grumbling to Moses instead of asking the Lord God to supply their needs.

However, this time their question was a little different. For in their testing of the Lord, they asked, “Is the Lord among us or not?” Remember, these are the people who have followed God out of slavery, and are now sojourning through the wilderness in hopes of a better land ahead. But at the moment, they are hot, tired, and thirsty, and they want to know if God is still with them.

Right now you may be wondering the same question. You remember that day when the Lord graciously saved you from your sins and gave you new life in Him. From that point on, you have been sojourning on this earth, while anticipating the sky to crack and the Kingdom of Christ to be fully realized on this earth.

But what about right now? What about the seasons when you just feel hot, tired, and thirsty? You don’t feel God or sense His presence around you. He doesn’t seem as near as He once did, and you begin to wonder, is the Lord with me?

The Lord speaks to Moses and says, “Behold, I will stand before you there on the rock at Horeb, and you shall strike the rock, and water shall come out of it, and the people will drink.”

The people were thirsty and began to wonder whether or not the Lord was still among them. Then through Moses striking a rock that flows forth water, the Lord continued to provide for their needs and answers, “YES,” to their doubt-filled questions.

Paul, referring to this event in 1 Corinthians 10:4, says this, “For they drank from the spiritual Rock that followed them, and the Rock was Christ.” In this verse, Paul reveals that the rock they drank from in the wilderness was Christ!

Now I’m not sure I know exactly what “and the Rock was Christ” fully means, but here is what I do know: the source from which the people had their thirst satisfied was none other than the Lord Jesus Christ. In their wilderness wanderings, their provision and sustenance was always Christ the Lord. He was the bread they ate and the water they drank. In other words, their grumble because of lack was always a lie, because they always had more than they could ever want or need; they just needed to look in the right place.

The same is true for you. In your seasons of thirst or hunger, you must run to the right source to fill your heart and satisfy your soul. That place is at the feet of Jesus, where He will fill you to the brim with Himself, where you have no lack or need for something else. So if you are thirsty today, don’t forget where to turn. The rock from which they drank was Christ, and that Rock is available for you to drink from as well. 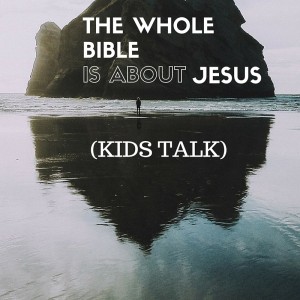