The Lord is a Warrior 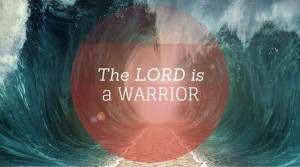 The people of Israel are now beginning their journey through the wilderness. They have discovered that God is not concerned with how fast they get there, but who they are when they arrive. And it is in the wilderness that the people will become more like God; seeing, trusting, and praising Him.

In Exodus 14, we come to one of the more famous events in the wilderness; the crossing of the Red Sea. God leads His people to the bank of the sea, and then hardens Pharaoh’s heart so that he would pursue the Israelites. The Israelites find themselves pinned between a raging army and a raging sea.

Why did God put His people between a rock a hard place? He did so for His glory and their good. So they would see His glory and be satisfied in it.

“And I will harden Pharaoh’s heart, and he will pursue them, and I will get glory over Pharaoh and all his host, and the Egyptians shall know that I am the Lord.” – Exodus 14:4

God tells His people that He caused Pharaoh to pursue them so that God could get glory over Pharaoh. This is one of the central themes in the Bible. God gets glory for Himself, so that all eyes and hearts will see Him.

When the Israelites saw the army coming, they trembled and doubted the goodness of God. They had seen Him work before, but they still lacked trust in His goodness and care for them.

“And Moses said to the people, “Fear not, stand firm, and see the salvation of the Lord, which he will work for you today. For the Egyptians whom you see today, you shall never see again. The Lord will fight for you, and you have only to be silent.” – Exodus 14:13-14

And so God did. As the Great Warrior of Israel, God fought as the people watched in silence. They did nothing, and God did everything. The Lord defeated their greatest enemy for them. They walked through the sea while all Egypt sunk to the bottom.

And now they were truly free, for the foe who once owned them was lying dead on a beach.

The Lord is a warrior, and He fights for you and for me! 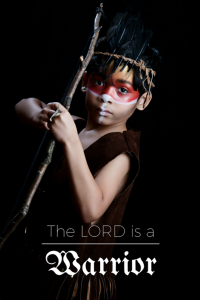