The Story of Ruth 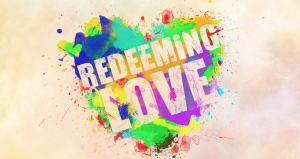 Stories are powerful. Stories have the ability to pull us in and speak to us about the deepest parts of human nature and human existence. Some stories do this so well that they have a way of sticking around and surviving from one generation to the next. Many of these epic stories, like Star Wars, Cinderella, and The Lion King are made up stories that capture our imagination and touch the depths of our hearts.

The story of Ruth is set during “the days when the judges ruled…” (Ruth 1:1). This was a time in Israel’s history when there was no king; no true leader. Because of this, “everyone did what was right in his own eyes” (Judges 17:6), which didn’t lead to human flourishing, but rather sin and suffering across the board.

So the first theme we see in the book of Ruth is that the people of God need a king. But not just any king (because often kings and sovereigns are bad), they needed a good and perfect king who would rule them perfectly under God.

The same is true for you. You need a good and perfect King because you cannot rule your own life well.

You need to be ruled by King Jesus.

Secondly, “there was a famine in the land” (Ruth 1:1). Here the people of God are in God’s promised land, and instead of experiencing God’s blessings, they are suffering under His curse. So why is there famine instead of feasting in the land of milk and honey? Because God’s people are rebelling against Him and their sins have brought God’s just condemnation and wrath. Their sin has caused their suffering.

So the second theme in Ruth is that God’s people need a redeemer. They need someone to save them from their sins and restore to them the favor they once had before God. They need someone to reverse the famine back to feasting. As we keep reading, we find Ruth also needs a personal redeemer, and in reality, so do you.

You need to be redeemed by your kinsman redeemer, Jesus.

Lastly, in the introduction of Ruth, Elimelech “went to sojourn in the country of Moab” (Ruth 1:1) with his family. Because of the famine, Elimelech had left God’s place to seek survival by wandering around in a land that was not his home. Instead of repenting and running to God, Elimelech ran away from God and sought to save himself in a place outside of God’s true rest. Of course it didn’t work, and he and his two sons die in the land of Moab as wearied wonders.

This brings us to the third major theme in the story of Ruth, God’s people need true rest. As the story unfolds, we will find Ruth seeking and needing rest, which tilts the mirror towards you and your need for true rest in the presence of God.

Before the two sons of Elimelech died, they both took Moabite wives, one of them being Ruth. After their deaths, Naomi (Elimelech’s wife) and her two daughter-in-laws are left as widows in a foreign land, with no protection, provision, or future before them. They are the very picture of hopeless and hopelessness.

And in their hopelessness, they represent a much larger picture than just themselves, they represent the hopeless state of all the people of Israel. At this point in God’s redemption story, Israel is widowed and helpless because of their rebellion before their God. Israel as whole desperately needs a true king, a true redeemer, and true rest. They need someone to come and save the day.

And as we zoom out even farther, all of the sudden we see a picture of ourselves. We are Naomi and Ruth, widowed and hopeless in a land that is not our own. We, like Naomi and Ruth, need a someone to come and save the day.

And that someone is none other than Jesus Christ.

Stories are powerful, and the story of Ruth has the power to change your life because Ruth is the story of the gospel.