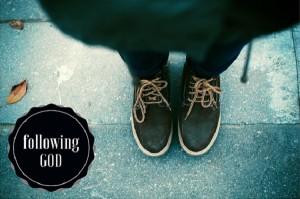 If you are a Christian, you have probably had this thought at some point or another, “Wouldn’t it be nice if God would just tell what decision to make?”

The truth is most of us want God to lead our lives, but few of us are actually willing to follow.

In Exodus 13:17-22, God not only rescues His people from Egypt, He also leads them in the direction He wants them to go. And the way God leads them is not necessarily the way they would have lead themselves.

Exodus 13:17-18  “When Pharaoh let the people go, God did not lead them by way of the land of the Philistines, although that was near. For God said, “Lest the people change their minds when they see war and return to Egypt.” 18 But God led the people around by the way of the wilderness toward the Red Sea. And the people of Israel went up out of the land of Egypt equipped for battle.”

In this text we see at least two different ways to Canaan; a short way and a long way. We see God leading his people down the long path, rather the shorter one. God chooses for them a path they would not have chosen for themselves, because anyone with a map would have chosen the way of Philistines.

Yet God is not concerned with the shortest way, but the best way. For God wants to lead His people on the path that will lead them to Him.  As believers in Christ, we are followers. We follow Jesus. That’s what we do.

And just like the Israelites, Jesus doesn’t always lead us on the fast and easy way. Sometimes Jesus takes us through the wilderness, and when He does, we are called to follow, knowing the trip is not just about getting somewhere, but about getting Someone.